MiB-11VL is a special Model for Law-Enforcement agencies having capability to scan and read US banknotes and its serial numbers embedded on them and at a fast speed of 1200 bills per minute. No more feeding in only face-down due to it’s Dual-CIS Image sensor mechanism. Banknotes can be feed into the MIB-11VL model any 4 directions on both sides of the banknotes. Scanned banknote serial numbers then transfers to our SDC-100 software  via text and Jpeg format. Export them into excel file to your PC or simply print if a printer (SNBC brand) is connected.

AMROTEC®’s New-Generation “MiB-11V” Series Currency Discriminator 2-Pocket model brings in Revolutionary Transformation to Desktop Cash Processing and sets a new standard in the market place.  It processes world-currencies in ONE SINGLE-PASS if they are in mixture. All AMROTEC MIB-Series Currency discriminators include USD and CAD Currency as standard software in all machines. 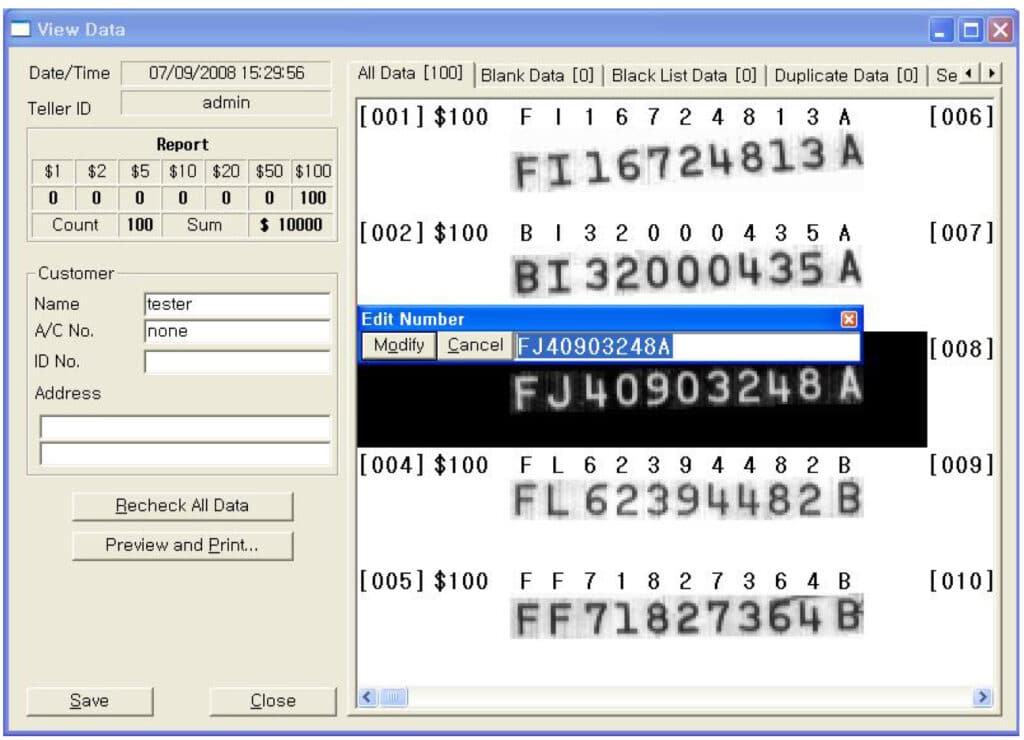 Contact one of our authorized distributor in your area or your current vendor for further inquiry.

MIB-11VC model is a Special model for mainly Casino Application equipped with special rollers and Barcode ticket processing software for Casino operators to separate tickets from banknotes in mixture and at the same time, process […]

Best Replacement for High-cost Piece (banknote) Counter. Value for the Money!   AMROTEC’s new-generation model “MiB-1” is one of the world’s smallest Single-Stacker Currency discriminator / Mix Bill Value Counter and Revolutionary as to how mixture […]

Engineered to Meet Your Satisfaction!  AMROTEC’s new-generation model “MiB-9” is one of the world’s smallest 2-Pocket Currency discriminator with a full Stacker and dedicated 100 bills reject pocket. Having US and Canadian currency software as […]

Since 2003, AMROTEC® has been offering most innovative, up-to-date and User-friendly Cash and Coin Processing equipment solution to count, sort and authenticate currencies and coins. Equipment you can count on!